After years of food allergies, being uncomfortable, sluggish and rundown… drowsy in the middle of the day, hard to wake up in the morning and pretty much not being able to eat anything that wasn’t cooked in a home kitchen because it would make me sick, I have finally come to the conclusion that I can’t eat ANYTHING!

This is a tragedy to me. I love to eat. I love food in general.

I think that the best conversations happen at the table, whether it be a bunch of “good ol’ boys” sitting around having coffee, or tossing bread across the table with a dozen of your cousins, the thought that I couldn’t eat what everyone else was eating was heartbreaking to me.

The food problems started about 13 years ago, when my body decided that I couldn’t have eggs anymore, a while after that, milk also was added to the list. Then after that, basically a long list of things that made me uncomfortable but not sick. It’s something that I have talked with allergists and general practitioners about many times over the years. The allergists told me to stay away from allergens that showed positive on my allergy test, which of course included horses, dogs, cats, and pretty much anything outside, along with a long list of foods. We all know that wasn’t going to happen. They also suggested allergy shots, which were expensive and not 100% effective. My general practitioner wouldn’t talk with me much about it, just racked it up to allergies. When I talked with her about my midsection “pooch” (that’s what I call it, it’s like a small muffin top, but only in the front), she wouldn’t really consider anything that could help. At 5’1 and 113 lbs, I’m a very healthy weight and my body fat percentage is on the lower half of healthy, so she basically just told me it was the way my body was built and to accept it. What bothered me was that it didn’t get much better despite exercising multiple times a week, eating pretty healthy and even training for a half marathon.

Then I ran into a holistic doctor at a barrel race in North Texas and talked with him about it. He said it was all inflammation in my midsection and it was more than likely caused from the food allergies. He suggested an alkaline diet to basically detox my system. He said NO Sugar, NO Gluten, and NO Dairy. All I was thinking was, “What is there to eat, then?” The thought of giving up bread (wheat) was heartbreaking. The sugar wasn’t going to be as bad as I had already started cutting back on that. Dairy didn’t bother me much, because I wasn’t able to have much of that anyways. But I was still not convinced nor committed to the cause. Weeks went by and I ran into another holistic doctor and discussed the food issues. He confirmed what the first holistic doctor had said, but he threw in a few more things like, NO Genetically Modified, No Added Sugar, No Processed Food, and Organic Heavy. He also suggested a broad based probiotic supplement and an Omega 3 Fatty Acid supplement.

Now hearing it for the second time and being sick and tired, of being sick and tired, I knew I needed to at least try it. I don’t like to waste food, so let’s just say I went about this at about a 50% effort and I wasn’t going to throw away food I already had in the house. The process was hard! Finding food that was organic and not a million dollars was one challenge, the other was making sure that I was actually buying what I thought I was buying. Buyer Beware!! Just because something is in the “organic section” doesn’t mean it’s organic. You have to look at the label. Also, you need to look at the prices. My favorite green vegetable is zucchini and unfortunately it’s a veggie you need to watch because apparently it is one of the most genetically modified veggies out there. So when I went to grab the organic “zuke” my jaw hit the floor when I saw they were $3 a piece. Yes $3 Dollars EACH. I’m sorry but that is out of control. When you can buy a bag of regular zukes for 88 cents a pound.

Please don’t think that I’m some sort of snobby person who is eating organic food for the sake of being able to brag about organic food. A matter of fact I went home with a giant bag of regular genetically modified pesticide sprayed zucchini that day and after rinsing it and frying it up with garlic and butter, I thoroughly enjoyed it. I’ve done a lot of research and I could go on for days about what could possibly be bad about GMOs and pesticides. At this point I’m eating organic not just because the doctors suggested it, but to stay away from the pesticides that they spray on the GMO pesticide resistant crops. I could also go on for days about how it’s important that we make sure our farmers have a healthy profit margin. I’m pro-farmer all the way!

The proof is in the pudding!

3. My stomach was flatter

4. I had energy all day and was able to fall asleep at night

6. My sugar cravings went down

8. Figured out Gluten Free bread isn’t that bad if you toast it

What scares me is that it made so much of a difference. The thought that maybe the food industry is selling us food, just to make a profit rather than feed us, scares me. Even when I go to the “health food” stores I run into the same thing. If you look closely there are products even in those stores that are not the best for you and are meant to sell you a “product” rather than something that is really in line with healthy clean eating. 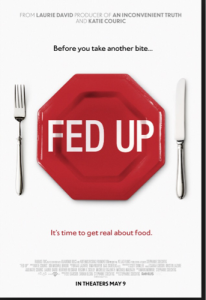 If you get a chance, there is a movie called “Fed Up” and it gives the history of the food industry and explains why the food you see at the market is actually at the market. It is very enlightening and will help uncover why sugar is an ingredient now in almost anything processed. It also shows what is wrong with “low fat” and “low calorie” processed foods.

Confession: I had a doughnut for breakfast this weekend and a Hot Dog and a small Dr. Pepper at the Barrel Race. No one is perfect, but there is no doubt that eating cleaner will make you feel better and healthier.